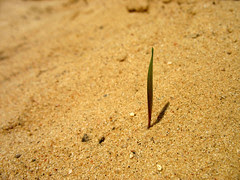 Our Love is One in a Melon 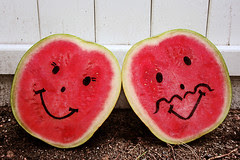 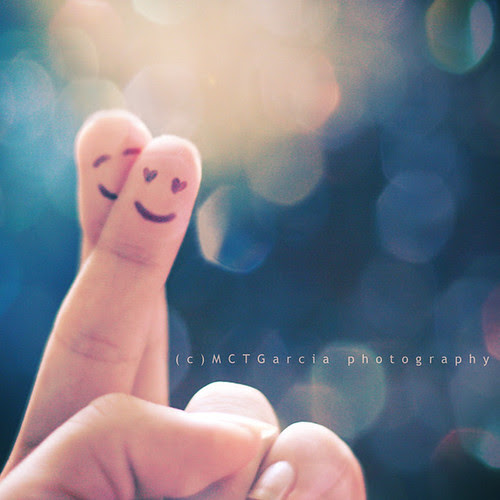 Sweet Embrace, a photo by ilovestrawberries (Carmi) on Flickr.

I just found this picture fun and wanted to share.

How do you flirt with your spouse?

Our Love is One in a Melon, a photo by boopsie.daisy on Flickr.
As a reader of this blog, you will know that we are all about flirting with each other as a way to keep life interesting.  Well, over at about.com there is a reader poll: How Do You Flirt With Your Spouse? which is worth a look.  You can comment here or there, but please share.

Lots of open questions. / Massor av öppna frågor (8/365), a photo by Mattes Svart Photography on Flickr.
The other day my wife and I decided to play Monopoly

which is something we have not done in a long time.  It is of those games we used to play as kids, especially on New Year's Eve when you have a long time to kill.  The game started out fun as we enjoyed spending the time together in some friendly competition.  Then as the game wore on, it became less fun.  Eventually, it became obvious that I was going to win but that it was still going to be some time.  Soon the inevitability of the outcome overcame the funness and we called the game.

which is one of our favorites.

In Forbidden Island, the players work together to reach a common goal.  From description:


In this game, teamwork proves essential to locate the Earth Stone, the Statue of the Wind, the Crystal of Fire, and the Ocean's Chalice as the Island floods beneath your feet. Adventure... if you dare!

The point of the game is to capture 4 relics and safely escape the island.  Each turn, part of he island gets flooded making it increasingly difficult to survive and win.  The players all work together to capture the relics, keep the island from flooding and helping one another.  Also, since the game is cooperative, discussing strategy and tactics together is not only encouraged but required to win the game.

One thing I like about the game is it emphasizes working together rather than against each other.  In that way it is a nice metaphor for how a marriage can work.  A couple working together to reach a common goal.

It is also a game the whole family can enjoy.  Since the game is all about working together, there is no problem helping a younger player knowing where to move it which cards to flip.

If you have never tried a cooperative game, give Forbidden Island a try.

In an article Be a Supportive Spouse there is a list of ways to show support for your spouse including:
There are a lot of other ideas on being supportive of each other.  Having someone to celebrate with is just as important as having a shoulder to cry on.
Posted by Matthew O. Smith at 4/27/2013 09:31:00 PM No comments:

I do not love shopping, I love my wife.

I was speaking with a couple the other day and the wife mentioned how much her husband liked to shop with her. The husband then gave us the thought for the day, "I do not love shopping, I love my wife."   He then went on to talk about how much he loved and appreciated the woman who is both his wife and the mother of his children.

All couples have interests they share, it is what brings us together in the first place.  It is also true that our spouses have interests we do not share.  The question is:  do we support, respect and encourage these healthy interests of our sweetheart?  Or do we make our spouse choice between spending time with us or doing the things they love?

My friend went beyond just tolerating his wife's interest and instead choose to make time spent shopping as time they could both enjoy.  Move beyond the bored waiting around to an active participation.  Another example is a husband who loves sports.  A wife could see that as time wasted or as time to grow closer by taking the time to learn the sport and spending the time growing closer as a couple.

Turns out my friend is a genius and has discovered a secret of the universe.


What are some examples of how people can encourage each other in their hobbies, passions and interests?

Flritinator is up and running

In conjunction with the blog and the book