For some great ideas for hsi and hers Halloween costumes.

Halloween Costume Ideas for Couples: "If you are drawing a blank when it comes to Halloween costumes for the two of you as a couple for a Halloween or other costume party, check out these lists of famous and not-so-famous twosomes."
Posted by Matthew O. Smith at 10/27/2006 01:48:00 PM No comments:

Word is a shadow of a deed 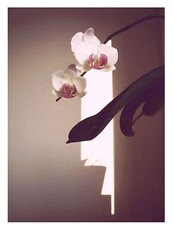 word is a shadow of a deed
Originally uploaded by _kasia_.
A thousand words will not leave so deep an impression as one deed. 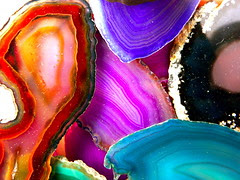 22 Whoso findeth a wife findeth a good thing, and obtaineth favour of the LORD.

Two thoughts come to mind when pondering this verse. First, my sweetheart is a gift from God. Such a gift is a treasure to me. After being married for years, it might be easy to become complacent about my wife and our relationship. How much better it is to treat your sweetheart as a precious treasure!

Second, how blessed of the Lord I am to have received this gift. I have received much from the hand of the Lord. One of His greatest gifts to me is the wonderful woman whom I call "wife". She has been a "good thing" in my life and I have indeed found favour of the LORD in her.
Posted by Matthew O. Smith at 10/21/2006 08:17:00 AM 1 comment: 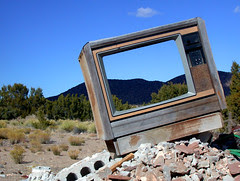 arroyo TV
Originally uploaded by reddirtrose.
I had a couple of separate thoughts come together today.

The first thought was about the number boys that are growing up in homes without fathers. There are so many single mothers either due to divorce, death, fathers abandoning their families and children concieved out of wedlock. Some sources say that as many as 50% of children will spend at least part of their childhood with only one parent. As wonderful as mothers and women are, boys want and need a male role model to show them how a man acts. When there is not a father to provide this role model, it must come from somewhere else. If that role model is to come from TV, I would be hard pressed to name one that I like.

The second thought come from working on getting my book ready for printing. I have been re-reading some my favorite things of what I had posted before. Topics like respect, humor, couresty, faithfulness, undestanding and gratitdue are common. The practice of these virtues is what makes a for a marriage that is not only strong but enjoyable.

The thoughts of a strong marriage combined with the lack of role models for young boys combined to compose this question: What is a good example of a role model for a married couple on TV? A marriage in which the couple:
* Treats each other with respect
* Doesn't critize, belittle and complain
* Is faithful
* Works out problems together with courage and humor
* Likes each other
* Demostrates the attributes and attitudes that others would like to have in their own marriages

Here is what I thought of:
* The Dick Van Dyke Show
* The Cosby Show

So I asked my sweeheart:
* The Brady Bunch
* Leave it to Beaver

I asked a friend:
* Mad About You

I asked another friend:
* The Donna Reed Show
* Bewitched

None of these answers came quick. It took us all a moment to come up with the answer.
It wasn't meant as a trick question. I admit I do not watch a lot of television, but Mad About You ended in 1999. The others are even older. A bunch are even only black and white. Hasn't there been a single happy, strong and supportive marriage on TV since 1999?

Turn that coin over and ask the opposite question: Are there any bad examples of marriages on TV? Are there any shows in which couples that argue, belittle, cheap, lie, blame, critize and are otherwise unpleasant to each other? Of course there are. There are entire genres dedicated to bad marriages. Soap operas, reality TV, and a lot of sitcoms portray marriage and couples at their worst.

Combine reality TV with a soap opera and your get Divorce Court. The dissolution of a marriage and the destruction of the family is now considered entertainment. Divorce Court represents the atithesis of a role model for married couples.

Where should a couple turn to for relationship role models? My sweetie adn I are lucky in that her parents are still together and my are as well. We get to spend quite a bit of time and see what it takes to make a marriage work for the long haul. We are also being an example to our children so they can know what to expect from a good marriage.

Sweet Deal: Buy one, get one 50% off at Things Remembered

Buy one, get one 50% off at Things Remembered.

Things Remembered has an interesting collection of personalized gifts. You are sure to find just the right gift for him or her. The nice thing is that you can then personalize the gift so it means that much more.
Posted by Matthew O. Smith at 10/02/2006 05:29:00 AM No comments: